From EU citizenship to IBD-zenship 2013 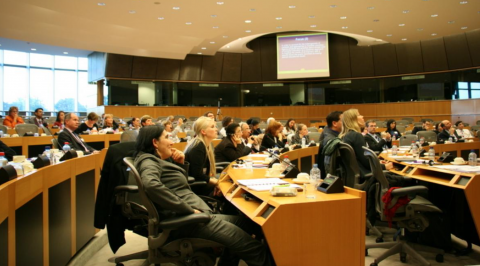 Conference at the European Parliament,  17 October 2013

“Equal Rights for Citizens with IBD” was the main message emerging from the conference organized by EFCCA in cooperation with the European Crohn’s and Colitis Organisation (ECCO) and United European Gastroenterologists (UEG) which took place in the European Parliament on 17 October.

Both the host of the event, MEP Cofferati as well as Vice President of the European Parliament, MEP Miguel Angel Martinez together with a considerable number of other MEPs showed their strong support for better integrating the rights of people living with IBD. The message of solidarity and cooperation was also echoed by the three organisation organising the event (EFCCA, ECCO and UEG) who called for actions to ensure equal access not only to better treatment option and health care services but also to education and the labour market.